When Madonna Looked Back on "American Life" 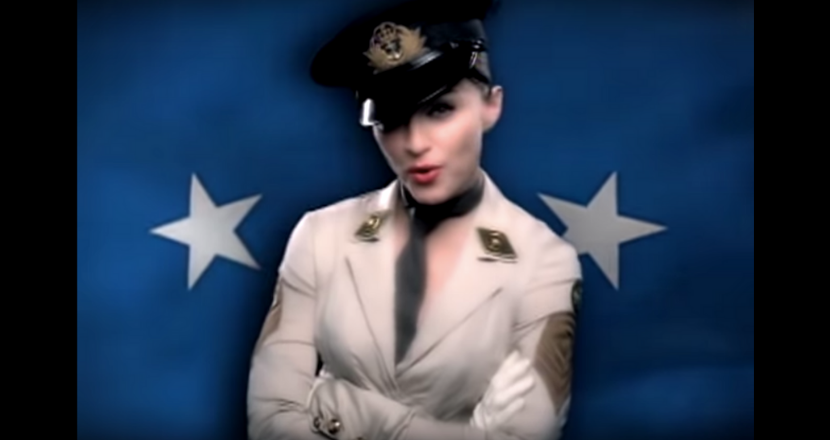 When Madonna Looked Back on "American Life"

Having pulled off an incredible comeback of sorts in the '90s with Ray of Light and keeping the momentum going with Music in 2000, fans were eager to hear what Madonna did next. The results were typically surprising.

The lead single and title track off her ninth album American Life is one of the biggest sonic curveballs in a career full of them. Reuniting with Music producer Mirwais Ahmadzaï, she didn't simply rehash the cutting-edge dance sounds of her last album, integrating electronic rhythms into a melancholy, acoustic-powered song in which the Queen of Reinvention dared to look back on how life and the world around her looked in the two decades since releasing her first album.

READ MORE: Madonna Lived to "Die Another Day" with a James Bond Hit

"American Life" was a glimpse into the state Madonna was in after Music. Outside, the world was reeling from terrorism on American soil and a subsequent, challenging war in the Middle East. Some of the songs off American Life reflected this new reality, as did the album's overall aesthetic, featuring Madonna in military garb as well as imagery inspired by that of the revolutionary Che Guevara. But it was hardly all serious: the song featured a deeply divisive attempt from the star to rap ("[Mirwais] just told me to do stream-of-consciousness, whatever I was thinking," she explained to MTV), and she also sought to fool illegal downloaders by releasing fake files of the song that would instead feature some...hard-hitting questions.

While critics were seemingly baffled by the song, which only grazed the Top 40 in America, American Life as an album topped the charts - further extending her iconic career as a boundary-pushing pop star.