LISTEN: A New Expanded Edition of Marina and The Diamonds' 'Electra Heart' 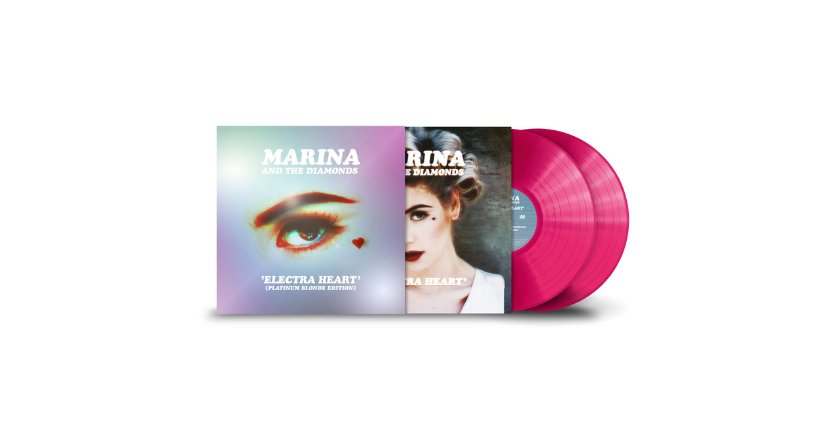 LISTEN: A New Expanded Edition of Marina and The Diamonds' 'Electra Heart'

Welsh singer Marina Diamandis reached a new level of pop perfection when her second album Electra Heart - her second of three to be released under the pseudo band name Marina and The Diamonds - was released in 2012, topping the U.K. charts and spinning off the worldwide platinum hit "Primadonna." Now, a new deluxe edition of the album is digitally available - with a special 10th anniversary vinyl pressing due this fall.

Electra Heart (Platinum Blonde Edition) features all 12 tracks from the original album (including "Primadonna," "Power & Control" and "Teen Idle"), plus seven stray tracks and singles, including "How to Be a Heartbreaker," "Radioactive" and "Electra Heart." The album and bonus tracks feature writing and production from pop giants like Greg Kurstin, Rick Nowels, Diplo, Cirkut and Stargate.

A magenta-colored double vinyl pressing of the album, featuring "Lonely Hearts Club," "E.V.O.L.," "Electra Heart" and "Living Dead" - none of which made the original vinyl release - will be available Sept. 23.

"There is so much I could say about this album!" Marina wrote in a series of tweets. "It was a thrilling creative journey that was met with a lot of passion from fans and a lot of (hilarious) rancor from press at the time. I'm so glad she got her justice 10 years later."