"Haven't Met You Yet" Might Be Michael Bublé's Funniest Song 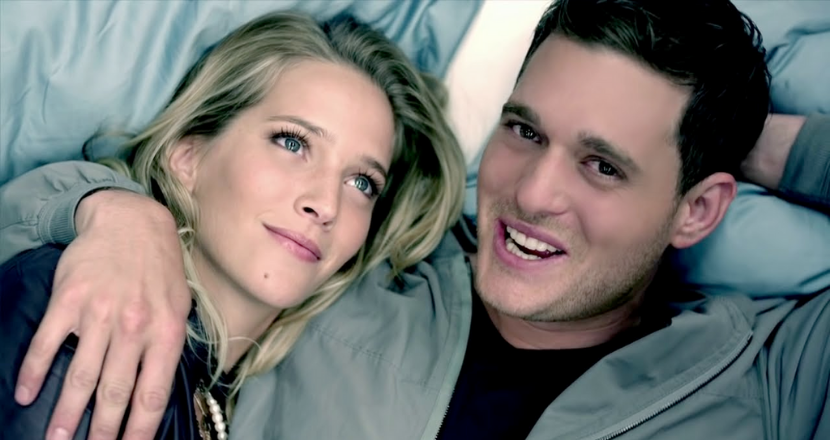 "Haven't Met You Yet" Might Be Michael Bublé's Funniest Song

After making a name for himself as an old-school-styled crooner, Michael Bublé scored his biggest hit in 2009 with an original song, the peppy love song "Haven't Met You Yet." Written with the same team that propelled his single "Home" into the big leagues, "Haven't Met You Yet" was an all-smiles ode to finding that special someone that took on an even deeper meaning when the Canadian singer married the subject of the song and the star of the video, actress/singer Luisiana Lopilato.

READ MORE: When Michael Bublé Came "Home" to a Hit

But the song's just as capable of tickling the funnybone as it is pulling the heartstrings. Bublé's tune has been the subject of not one, but three humorous video tributes.

It all started in January 2010, when Bublé was the musical guest on the iconic sketch show Saturday Night Live. In a gut-busting sketch, he appeared as himself, the unwitting business partner (and possible kidnapping victim) of the episode's host, actor Jon Hamm, who'd opened a restaurant called Hamm & Bublé (intentionally mispronouncing his name as "Bubbly"). The menu exclusively served pork products and champagne, and Bublé was forced to sing jingles about the restaurant to the tune of "Haven't Met You Yet" - as well as rush his way through pleas of help while the Mad Men star was distracted.

Later that year, students at the University of Victoria in Canada's British Columbia province (Bublé's birthplace!) paid tribute to him by getting a thousand students together to lip-sync the track on campus. The whole thing started as a joke on top of a joke, after celebrity blogger Perez Hilton mistook a similar video (set to Train's "Hey, Soul Sister") as being the handiwork of UVic students. (That clip was, in fact, shot at the Universitat de Vic in Spain.) Michael enthusiastically boosted the video as a token of thanks to the students, as well as an apology of sorts for not being available to shoot a cameo for the clip.

But the most out there salute to "Haven't Met You Yet" might've been "Russian Unicorn," a video from the folks at Bad Lip Reading, who'd strip the song out of a video and build a new one based on what it looked like was being sung. In their take on the "Haven't Met You Yet" video, Bublé comes on very strong to his love interest with a mix of bawdy date ideas and toilet humor. Luckily, Michael was far from offended, going as far as recording a message of thanks to the creators. "I laughed my ass off," he said, barely able to keep it together even in the clip. "You're an evil genius."