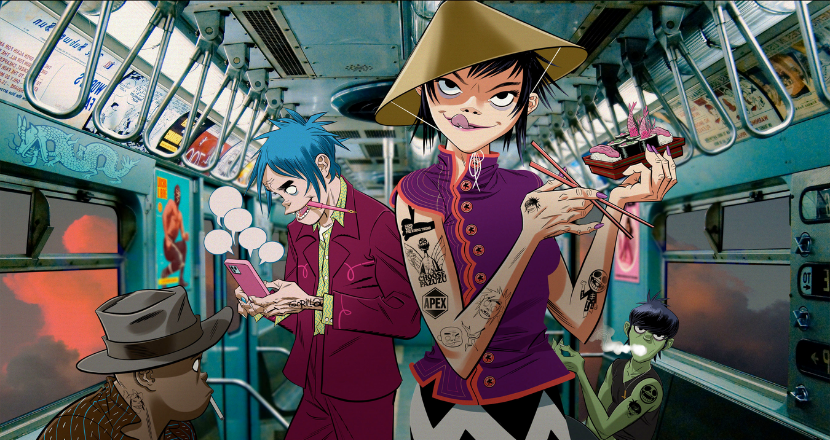 Looking to show off your love for Gorillaz? The virtual band is launching a collection of tattoos for their 20th anniversary in partnership with Inkbox.

The 15-piece collection features designs of Murdoc Niccals, 2D, Noodle and Russel Hobbs, along with images inspired by their album art and other designs over the years. They're made with Inbox's "For Now Ink," a self-applied, semi-permanent style that lasts for 1-2 weeks - waterproof and safe to the skin.

"Dozens if not millions of my fans have already got Murdoc tattoos, and all I can say is, I salute you," said founding bassist Niccals, said in a statement. "But if you're one of those sensitive types who doesn't enjoy pain, then try my new Inkbox tats! It's the next best thing to having me around forever."